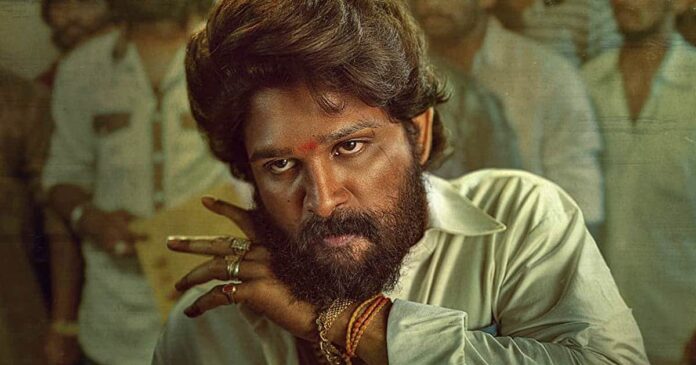 As you all know Pushpa- The Rise is a trending movie all over the world. Pushpa hangover is increasing day by day. All Loves people love Pushpa movie dialogue. Pushpa is a Telugu film that is dubbed in many languages, in which Allu Arjun acting is superb. Many people or celebrities make videos on Pushpa song Teri Jhalak Ashrafi – Shrivalli like that. You will be surprised that this film makes record in box office collection. Pusha box office collection approx 356 crores and running on. Everybody loves this film and Allu Arjun’s popularity is very high now. Pushpa movie craze is very high day by day.

Pushpa movie is still running, and it can defeat many other films records. Everybody loves Allu Arjun’s dialogue when he says, “jukhega nhi saala me”. People are very excited to see Pushpa, and they make reels on Instagram or other social media platforms. And another part is Pushpa movie’s all songs are fantastic, and the Teri Jhalak Ashrafi – Shrivalli or Oo Antava Oo Oo Antava song is very popular.

Pushpa [Hindi] version is also performing fantastic, It has crossed the 100 crore mark in its seventh weekend. The collection of Pushpa [Hindi] is more impressive because the movie accomplished it during the pandemic, when cinemas were closed, prohibitions, and other big-budget movies like 83 and Spider-Man No Way Home were also released at box office.
Pushpa continues to draw large crowds to the theatres three weeks later. It outperformed Ranveer Singh’s sports drama 83 and Marvel’s Spider-Man: No Way Home during the weekdays.

You can watch Pushpa: the rise movie on Amazon Prime, it is available in five languages Hindi, Kannada, Malayalam, Telugu and Tamil