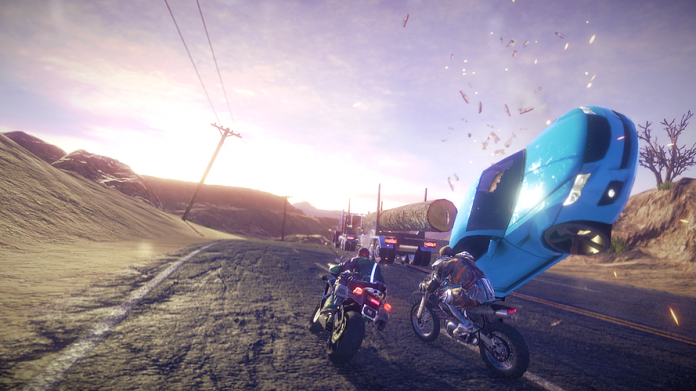 Are you born in the late 1980 or early 90’s, and you love racing games then you played roadrash in your childhood forsure. Road rash was the simple, easy to control and ultimate racing game from electronic arts for the kids and adults too of the 1990’s.

With the rise of new high graphic games roadrash lost it’s sheen. There were six editions of the game till 2000. Ever since the game was released in 1991. The good news for gaming lovers is that the game is coming back.

Now the upcoming bike-racing game called road redemption has set the internet on fire. The trailer of this classic racing game was dropped earlier this month, many gaming lovers believe it’s the successor of the ultimate racing game roadrash. Road Redemption is developed by  pixel studios and EQ games. It’s releasing on  October 4th on the Playstation 4, Xbox One, OSX, Wii , Linux and Microsoft Windows

The graphics of this game is looking amazing and it’s comparable to any popular games in 2017. Like Road rash in road redemption, you can hit another rider with baseball-bat, pipe and chain. It seems the game will get access to new manoeuvres as well. Now you can shoot them too.