As far as design is concerned, it appears that the South Korean smartphone manufacturer will maintain the design language of the Galaxy S22 series. Despite this, there is a possibility that the camera bump on the back of the Galaxy S23 and Galaxy S23 Plus might be redesigned. Also, according to a tweet posted by a well-known tipster named Ice Universe, the Galaxy S23 Ultra may feature a chin that is slightly larger and bezels that are wider.  It has been reported, however, that the dimensions of the product will remain the same, even though the design will change.

All Samsung Galaxy S23 devices will be powered by the Snapdragon 8 Gen 2 chipset, which was just launched earlier this month, but some models might be powered by Samsung’s own Exynos 2300 chipset that was developed in-house.

It is reported that the Galaxy S23 Ultra will be equipped with a 200MP ISOCELL HP2 sensor for the rear camera. A 200MP primary camera will be accompanied by a 12MP sensor and two 10MP cameras as well, according to Ice Universe.

For the rear camera of the Galaxy S23 Ultra, it is reported that it will use a 200MP ISOCELL HP2 sensor that is rated at 200 megapixels. According to Ice Universe, the phone will come with a 200MP main camera accompanied by two 10MP cameras and a 12MP sensor.

In addition to satellite connectivity, UFS 4.0 storage, and a partnership with Iridium, other rumored features include satellite connectivity with Iridium. There is also a chance that the Samsung Galaxy S23 Ultra will offer up to 12GB of RAM and up to 1TB of internal storage, which may translate to a slightly higher price than the Galaxy S22 Ultra. 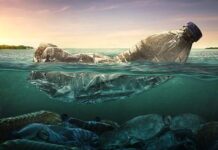