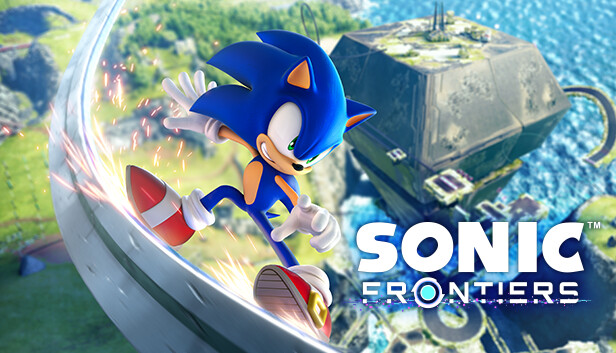 Sonic Frontiers release date and a new trailer have been revealed during Gamescom’s Opening Night Live. This game has now been officially scheduled for November 8th, after previously being announced as winter 2022.

In a new trailer at Gamescom 2022, the open-world Sonic game was announced, and a few of its biomes were also shown, including a metal metropolis, a green hill zone, and a desert.

Even though the trailer was brief, it hinted at the game’s story, where Sonic battled giant robots to save Amy and fended off a mysterious, floating figure.

Taking on the role of the first open-world Sonic game, Sonic Frontiers has set a high bar for itself, and fans will be eager to find out how Sega translates Sonic’s frenetic platforming into a 3D open world. It is hoped that the game will prove to be more successful than the previous 3D Sonic titles, which have never quite managed to achieve the acclaim of the original series.

Although the artistic design and the somewhat linear segmentation didn’t win these players over, a more open playstyle appears to be on the way in the rest of the game.

The developers of Sonic Frontiers say it’s not an open-world game, as people like to call it. The fact that Sonic runs and fights through a wide open landscape without obstacles certainly makes it feel like it.

Sonic Frontiers’ creative officer, Takashi Iizuka, says the game represents Sonic Team’s attempt to break away from a familiar formula that has left the franchise’s 3D portion feeling stale. It’s not that Sonic Forces was bad, but the tepid fan reaction to it has raised similar concerns about Frontiers. There is also something bland about Frontiers’ initial screenshots and gameplay videos that doesn’t inspire much confidence. Our next chance to see how Sonic Team reinvents the spin dash is November 8th when Sonic Frontiers launches on Xbox, PlayStation, Nintendo Switch, and PC.